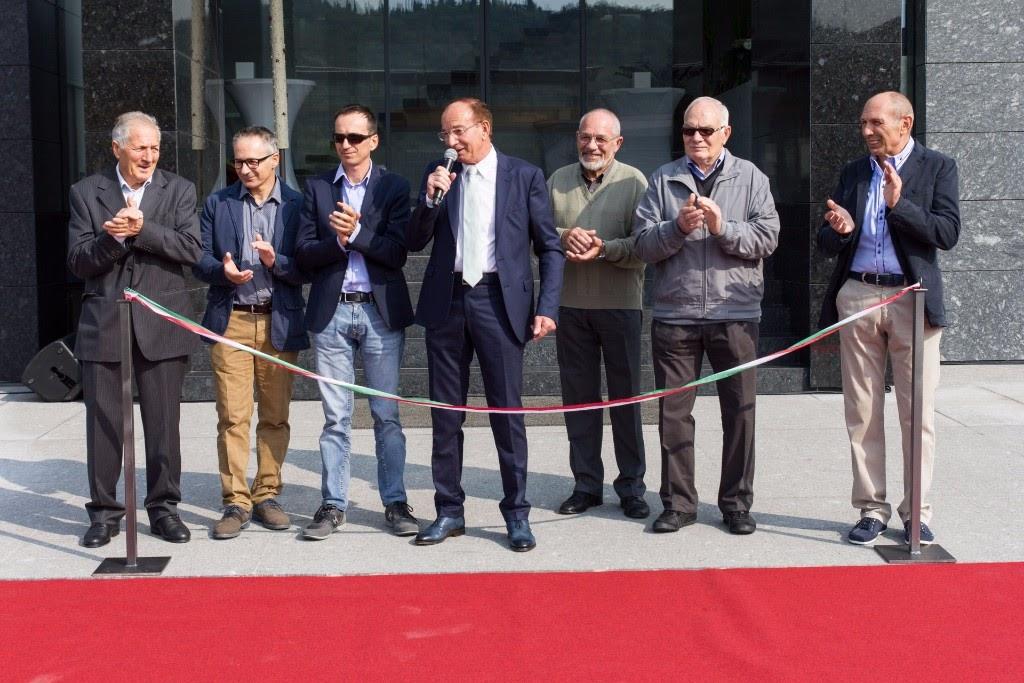 After 18 months of hard work the longed-for-inauguration day has finally arrived!

In January 2016 the old office building was noisily demolished by bulldozers, since the small, confined spaces as well as the outdated infrastructures no longer met the modern standards of functionality.  Immediately after the demolition, the construction of the new building started according to the project and supervision of the architect Silvia Bettini.

The manager, Herr Giovanni Rossi, talked about it in his inauguration speech: “the building, as you see it now,  is not some random workplace full of people, computer and desks, but rather an original idea, that represents us and our work, since we’ve dedicated over 50 years of passion and commitment to our company.“  ”

The inauguration party gave us the opportunity to celebrate the completion with all the companies involved. Anyone could admire the finished building and the numerous details at first hand.  On that occasion, local authorities as the mayor of Cavaion, Sabrina Tramonte and the mayor of Rivoli, Armando Luchesa, participated and we’d like to thank them once again.   The reverend Don Daniele Granuzzo from Cavaion attended our ceremony too and blessed the new building in memory of Maurizio, the owners’ father and founder of the company, who died on 22nd September 1998,  as well as in commemoration of their mother Antila, who died in 2015.

There was an important and sweet moment when the ribbon was cut: two of the younger granddaughters from the Rossi progeny cut the ribbon after a very brief instant of embarrassment and with the help of their relatives. At the end the two girls showed us a happy smile.

At the end of the ribbon ceremony, four secured artists roped down from the building’s roof along the façades and the audience was really surprised when they started dancing to atmospheric music. They jumped through the air while turning around half-way up the façade.  Their performance is difficult to classify, we’d rather call it an emotional air dance, touching and charming for the spectator.

After the breath-taking performance, the glass doors of the building entrance were opened  and the architect Silvia Bettini guided the visitors through the new spaces almost like a skilled tour guide and showed them the various construction details explaining how the project had been developed.

The celebration went on in the future showroom of Marmi Rossi, where the guests were eagerly awaiting to listen to Giovanni Rossi’s speech. He talked about the most important stages of the construction and reminded the audience with touching words that the project is also a tribute to his father and founder of the company.

Until late in the afternoon, the happy party went on with the singer and keyboard player Alex and the saxophonist Benny.

Our "press commentary about the inauguration" is now over, but we’d like to thank all of you because you helped us to achieve this goal!  THANK YOU!

Click here to see all the photos of the inauguration 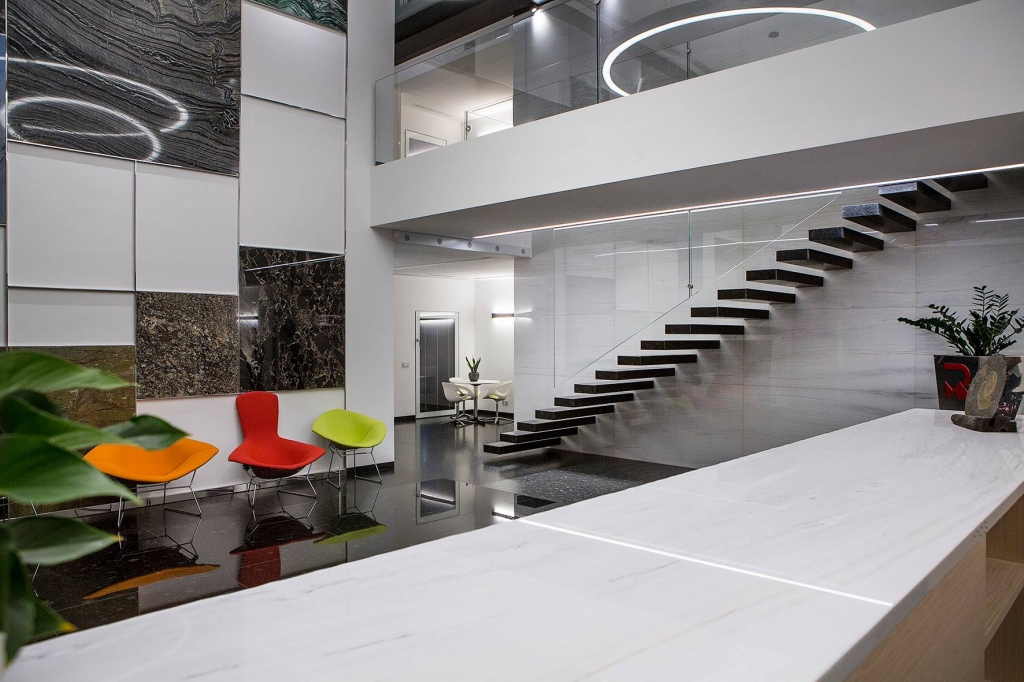