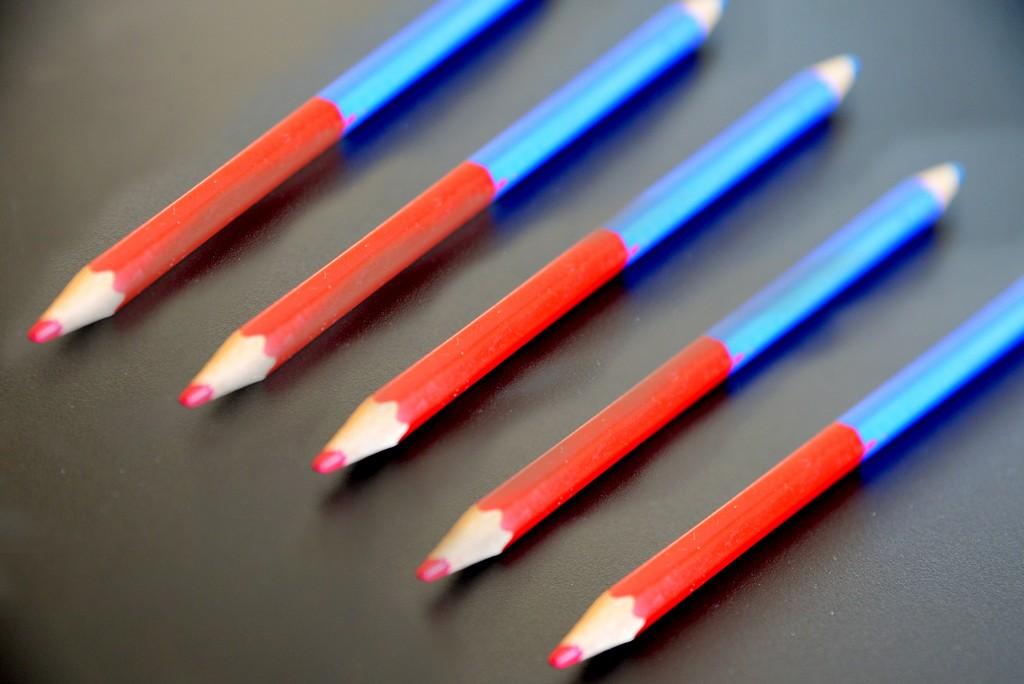 Now back to the coloured pencil… who still remembers it? The red and blue coloured pencil was an icon in the late fifties and made history – also in our company! For the moment,  we can only reveal that the two coloured pencil is very much POP like! Don’t be too curious, you’ll learn about it in a few days!

Let’s talk about POP or rather about POP ART!  Pop Art is an art movement that emerged in the 1950s, an explosive mixture of vitality and colours. The subject of those artworks were images of famous people or comic figures as well as industrially manufactured products that since then became cult: Campbell’s soup can, a stuck out tongue… a two coloured pencil!

Our POP pencil reflects the subject matter of our In-house-fair, outside the Marmomac 2018. This year we are definitely oriented towards Pop Art, however, our goal and hopes are to go a step further and to turn our dreams and premonitions into a concrete project.

Therefore we asked our friend Serafino Rudari, a valued artist and performer, to illustrate Marmi Rossi‘s innovative attitude in order to show that we dare to question our work and that we are able to reinvent ourselves.

One of Jules Verne’s masterpieces is the novel “From the Earth to the Moon”. At a time when scientific progress and new discoveries open up new horizons for humanity, Verne describes possible future scenarios that reflect parts of reality.

In his painting, Serafino took up exactly that vibe and illustrated our company during these last month of the year 2018 with atmospheric images,  as well as our vision of the future and our preferences.

His painting can be interpreted in different ways, showing reality and science fiction, concrete and abstract elements, determination and longing. We recognise in his art work dreams, intuition, courage and concreteness, while constantly in contrast they’re still in harmony.

In the foreground of the painting you see an astronaut with a flag (obviously with the Marmi Rossi logo) on a moon-like landscape, an unknown surface. You realise that there is something absolutely new, an adventurous spirit is in the air, but at the same time, you are looking at a concrete situation. In the background, the impressive and coloured shape of the new office building is definitely a POP like colour explosion!  The spaceship command mule on the left side of the painting  reflects the urge to discover unknown places and new worlds as well as new ways of living the world … of natural stone!

An airplane is flying over with a banner that shows our long-time company slogan“just another world!”. This motto distinguishes us from others and determines our human relations, as we believe that the stone world is not only made of blocks and slabs (that are finished with the latest technology), but mainly of interpersonal relationships who will guarantee a great future together!

Serafino talks about his idea: “The astronaut is an explorer who continually analyses still unknown visions. He is searching for more than reality, he is looking for future projections and on his indefinite journey, he aims at the „materialisation“ of his own perceptions.“ 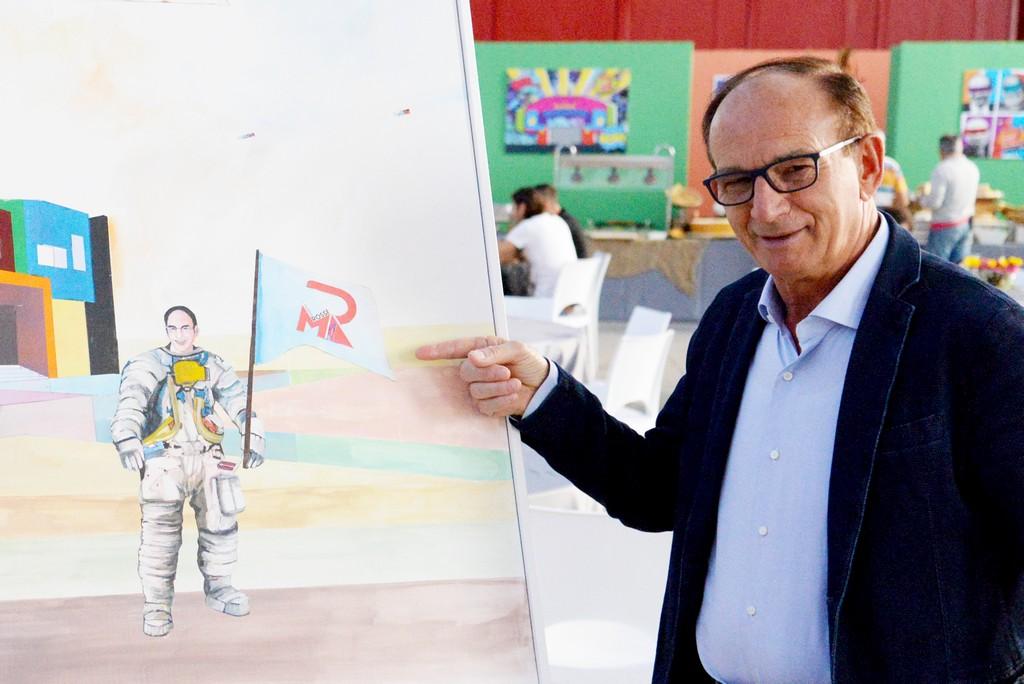 The astronaut’s concrete idea and dream for the future (the astronaut in the painting resembles lightly our Giovanni) promise new discoveries and contentedness to those, who have just like us the ability to “look beyond” as well as the courage to reinvent themselves.

The moon-like surface reminds us of the crazy, visionary and brave project of the moon landing (whose 50th anniversary we’ll celebrate next year): a dream became true thanks to science and due to the resolution and courage of a few people. The realisation of that dream lead to new hopes and  innovative research approaches for the benefit of the entire mankind.

The painting was created in a particular year when we commemorate our father Maurizio on occasion of the twentieth year of his death: he was the first astronaut of Marmi Rossi, the initiator and founder of the company.  Back then, he dreamt of a better and prosperous future for his sons as independent workers in solid working conditions. Indeed he was a visionary but one with courage and a strong will, who was fortunate to witness how his dream has turned into reality… but that’s a completely different story!