A leap into the past: from the EXPO 2015, dedicated to nutrition, to the Expo 1900 in Verona, which was dedicated to the local agriculture and production. 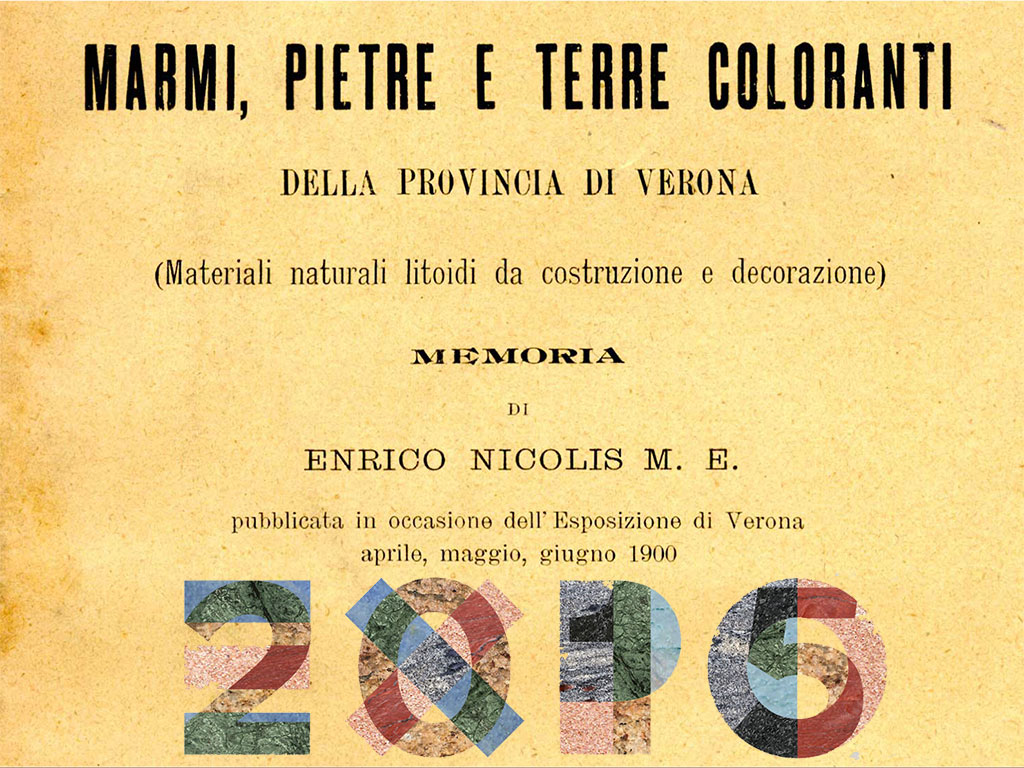 The Expo 2015 rotates mainly around food and similar, whereas the situation in Verona  at the end of the nineteenth century was completely different. At that time the Veronese agriculture was deeply charged by several calamities. The grape vines had particularly suffered from diseases as phylloxera (vine pest) and mildew and the wine growers were pressed hard. Furthermore, the pébrine, a parasitic disease of the silkworm, brought the textile economy down.

The Expo 1900 in Verona aimed to boost the local agriculture and to display some of the most remarkable economy activities and qualities of the region. Obviously, the extraction and finishing of natural stone should not be unmentioned.

The common denominator for  marble and EXPO 2015

In occasion of the world exhibition in Milan all the exterior walls and some of the interiors of Palazzo Italia – place icon of EXPO 2015 -  were built with an innovative and eco-friendly building material, the so-called biodynamic cement.

This cement is produced by the company Italcementi and due to its qualities and characteristics it is actually unique.

The name of this product indicates already the innovative qualities:  part of the word, that is "bio", implies the photo-catalytic properties of this new type of cement, because it uses sunlight  to "capture" air pollutants and turns them into inert salts,  in this way the cement is able to reduce the smog in the air. The other part of the word "dynamic" indicates the adaptability of this material, it is possible to build very complex forms and structures with the panels, just look at the panels of Palazzo Italia.  Compared to conventional mortar this innovative plaster can be easily applied and is extraordinarily resistant. The new material’s  fluidity is three times higher (300 mm instead of 100 mm) and its pressure resistance as well as its flexural strength are two times higher.

The plaster used at EXPO 2015 is 80 per cent based on recycled material deriving partly from the Carrara marble and, compared to conventional white mortar, it shines more brilliantly.

The marble used for one of the most famous building of Expo 2015 played also a vital part in the world exhibition 1900 in Verona; on that occasion the Veronese Academy of agriculture, science, literary studies, art and commerce published an article with the title:  “MARBLE, NATURAL STONE AND EARTH COLOURS OF THE VERONESE PROVINCE”.

Fortunately, we own a copy of that instructive booklet and, while reading the text, we noticed how much the stonecutting tradition is rooted in our region.

Marble from Verona: finishing and production around 1900

OIn this area several kind of marble had been quarried and finished, not only Rosso Verona and Nembro in many varieties, but also a lot of other natural stones: Biancone, Bronzetto, Pietra di Incaffi, Giallo Torri; these natural stones have served as building material for centuries, but are nowadays hardly used.

One can read that in the quarries of Lubiara, near Caprino, and Sant’Ambrogio many stones were formed by several layers, up to 25 layers, with different shades of colours that varied from white to red. The stones had often strange names depending on the respective qualities or applications.

We know about the bastard stone for example, the rabid stone, the rusty course, the loose slab,  the bowl course and others…

After the exploitation, the material was sometimes finished immediately on-site and then transported to the railway station of Caprino (at that time a railroad track lead from Caprino via Affi, Sega and Valpolicella to Porta San Giorgio in Verona) or to those of Sant’Ambrogio or Domegliara.

In the quarries near Sant’Ambrogio worked about 400 men for a daily salary between  2.5 und 3.5 Lire.

Finishing of marble in Verona around 1900

Several types of finishing, such as pre-brushing the columns, were immediately undertaken in the quarry, as to reduce weight before transport.  The stone was loaded on carts and carried by oxen, every loading and unloading was manually made.

According to the booklet they had to cope with legal and bureaucratic problems, too. The transport of coloured stone, such as Rosso Verona or Nembro, was more expensive than the transport of white stone even if the weight was the same .

Another severe blow for the marble industry was the fact, that only raw stones could be delivered to Austria and Hungary at a reasonable price because of the high customs costs for any kind of thoroughly finished stone.

Since the stone didn’t need to be finished on-site any longer, most of the now jobless stonecutters and workers were forced to emigrate.

These events happened during the EXPO 1900 in Verona.