Our beloved Verona has always been a place of art, from the architectural structures to the paintings, the frescoes and the marble sculptures, each street in the city tells a piece of history.

Every century is a testimony of the architectural and artistic creation of Verona.
Under the rule of the Scaligeri and thanks to the mendicant order, creative sculptors in Verona, especially in the fourteenth century, were able to distinguish themselves in the European art scene through the authenticity and quality of their marble artworks.
To flaunt their power and praise the lord, the Scaligeri and the mendicant order competed for the commission of art works. Among the most striking examples are the Arche Scaligere, located next to Piazza Dante, and the statue of Cangrande on horseback, one of the symbols of Verona, which can be admired in an impressive spot in Castelvecchio. 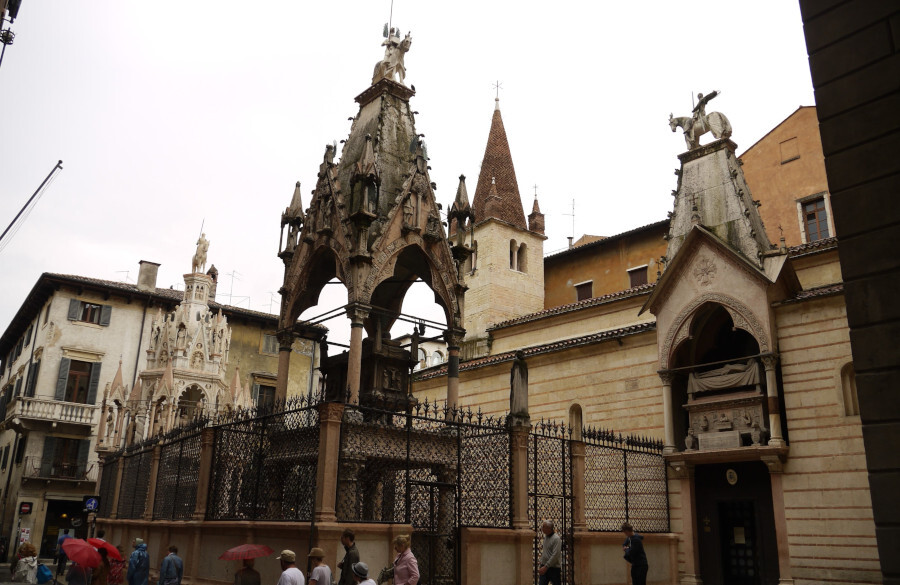 The recent publication "Scultori Veronesi del Trecento" (Fourteenth-century Veronese sculptors) by Cierre Edizioni, a new edition of the eponymous work of Gian Lorenzo Mellini, published fifty years ago, draws attention to the Veronese marble artworks from that period.  Due to the elegant graphics, it would be a nice Christmas gift for those who love Verona and its monuments.

Despite their great value, the sculptors who made Verona great during that period are little known or even unknown.  This is also the case of the magister lapidum Rigino d'Enrico, known as the Master of Santa Anastasia, so called by his son Giovanni di Rigino and identified by the scholar and art critic Gian Lorenzo Mellini.

The Master of the Basilica Santa Anastasia: Who is behind this almost mysterious figure?

It is not possible to exactly place Rigino d'Enrico, as there is no direct information.

The Master of Santa Anastasia probably came from Northern Europe, which can be seen in the Germanic, somewhat coarse features of his statues, and from Trentino, where a large part of his patrons lived.

The artistic imprint almost certainly does not come from the Tuscan or Venetian school, nor from the contemporary transalpine school.
His (most likely) artworks show high spirituality and could be described as "Dantesque" (Dante actually lived in Verona at the same time as Rigino d'Enrico) and are marked by millenarianism, "he gives a concise sense of the sacred and the human, of awareness and maturity of time, from tension to the moment of truth" (quote from "Scultori veronesi del Trecento", Sommacampagna (Vr), Cierre Edizioni, 2022, page 17).
On the other hand, his works show elements of irrepressible vital charisma as well as a tortured realism.

An example of this sculptural realism can be found in the funerary seal of Bishop Bonincontro in the Cathedral of Verona: Rigino has created such details in the bishop’s mask, robe, and gloves that the seal seems almost realistic. Despite wear and tear, the artwork exudes the noble pride of the sculpture. 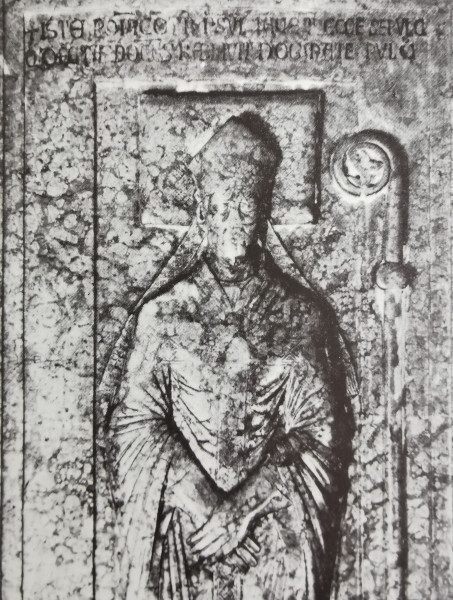 Through the statue of San Gimignano in the Basilica Santa Anastasia, Rigino d'Enrico conveyed this realism even more clearly: it looks as if the figure is rising from the pedestal, it seems to stand up, still somewhat clumsy in its movements, while reaching out to the rest of the world, almost as if the statue were coming to life.

Detail of the statue of San Gimignano

Rigino has left us several sculptures, including the portal of the Basilica Santa Anastasia, a Gothic church built in 1290.

The two architraves and the coupling windows, the oldest nucleus of the entire portal, refer to the artist Rigino d'Enrico.

The portal consists of different, third-aligned figures from the Passion story: the Annunciation, the birth of Christ, the Epiphany, the ascent to the Calvary, the Crucifixion, the Resurrection and Saint Catherine.
The sculptures are very expressive and lively, the heads show a pronounced planovolumetric. 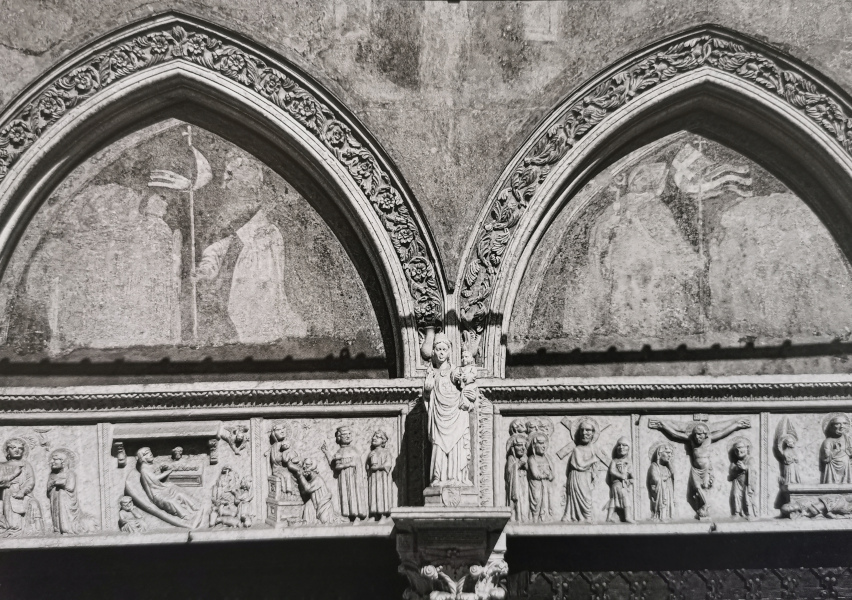 Detail of the portal of the Basilica of St Anastasia

The red marble of Verona, which Master Rigino d'Enrico used for his sculptures, is a tuberous limestone with fossil deposits such as ammonites and belemnites embedded in a feldspar matrix of fecal pellets (Wikipedia).

This material comes mainly from Verona, more precisely from Lessinia and the area of Monte Baldo, and was formed about 150 million years ago.

It has all the technical properties, that are much in demand for sculpture and construction, it is resistant to impacts, stress, deterioration, and scratches, easy to work with and can be used for decorations and various intarsia.
Red marble can be used in its natural state or be finished: sandblasted, antique processed by hand, sanded, brushed, or polished.
This material is ideal for sculptures or outdoor flooring, as it hardly suffers from weather factors such as temperature changes, humidity, or precipitation.

Other than for the fourteenth-century sculptures of the Master of Santa Anastasia (Rigino d'Enrico), red marble was used in Verona for buildings and walkways: the Arena, the promenade of Piazza delle Erbe and Listón, the sidewalks of Corso Portoni Borsari, the stairway of reason between Piazza Erbe and Piazza dei Signori, the pavement, the lions and the columns of the cloister of the Basilica San Zeno.