While wandering through the forests and valleys of Virginia, in the Blue Ridge Mountains, Pocahontas and John Rolfe surely stood in front of the foothills of dark rocks.
At that time, they probably had no idea that a few hundred years later, these rocks would have turned into quarries of Virginia Black, which is also called Virginia Mist or American Black.
Although the name Virginia and the American continent remind us rather of the South with cotton plantations, of English colonies, of the Civil War and of Scarlett O’Hara from ‘Gone with the wind’, we are obviously talking about granite.

Structure and physical properties of the granite Virginia Black

Virginia Black is a homogeneous granite with medium-sized grains. All in all, the colour of this granite appears dark grey with a tendency to black, but it has a soft shade that is interrupted and highlighted by light and white dots, as well as by millimeter-sized green-brown and opaque elements.
The dotting appears bundled or cloudy, giving the Virginia Black slabs a certain atmosphere, like a starry sky on a moonless night.

Differences between gabbro and granite

From a petrographic perspective, Virginia Black is more of a gabbro than a granite. Gabbro has less silicon dioxide, that is between 45% und 52%, and is therefore ranked amongst the basic rocks.  In contrast, the structure of granite contains at least 63% silicon dioxide and belongs consequently to acid rocks.
On the whole, this makes a gabbro like Virginia Black harder and more resilient.

Virginia Black is a very popular granite in the USA, important public buildings are frequently built with this material.
The most famous building is certainly the Ground Zero Memorial. This memorial was inaugurated in 2011, on September 11, exactly ten years after the attack, to commemorate all the victims as well as the destruction of the Twin Towers. 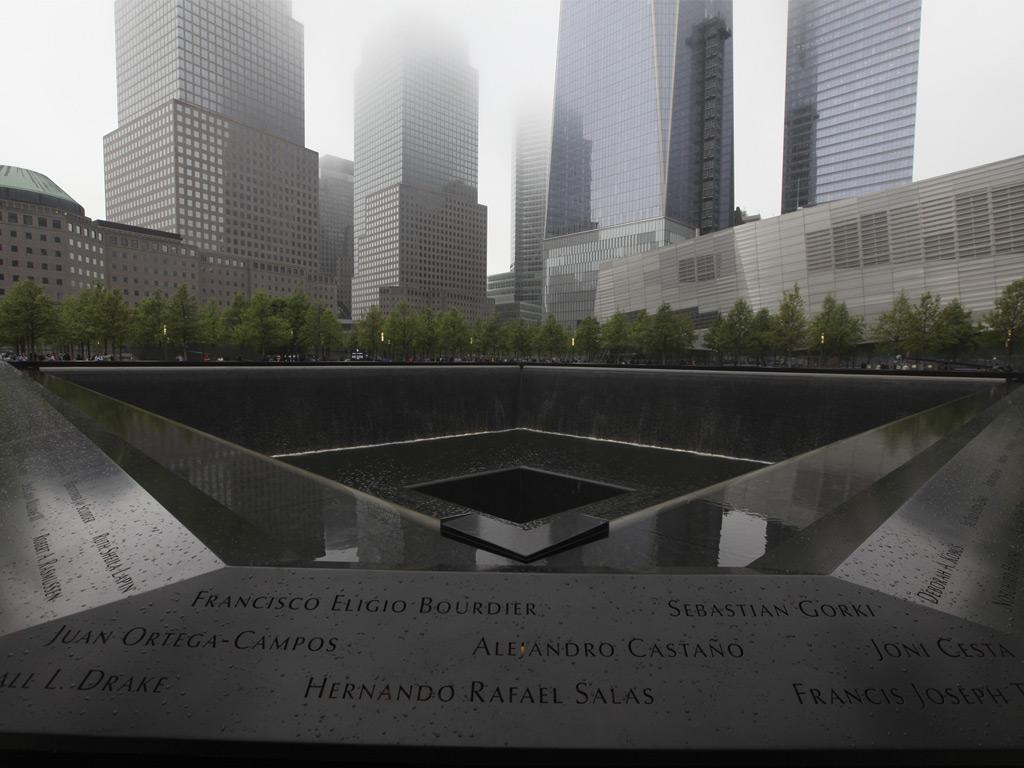 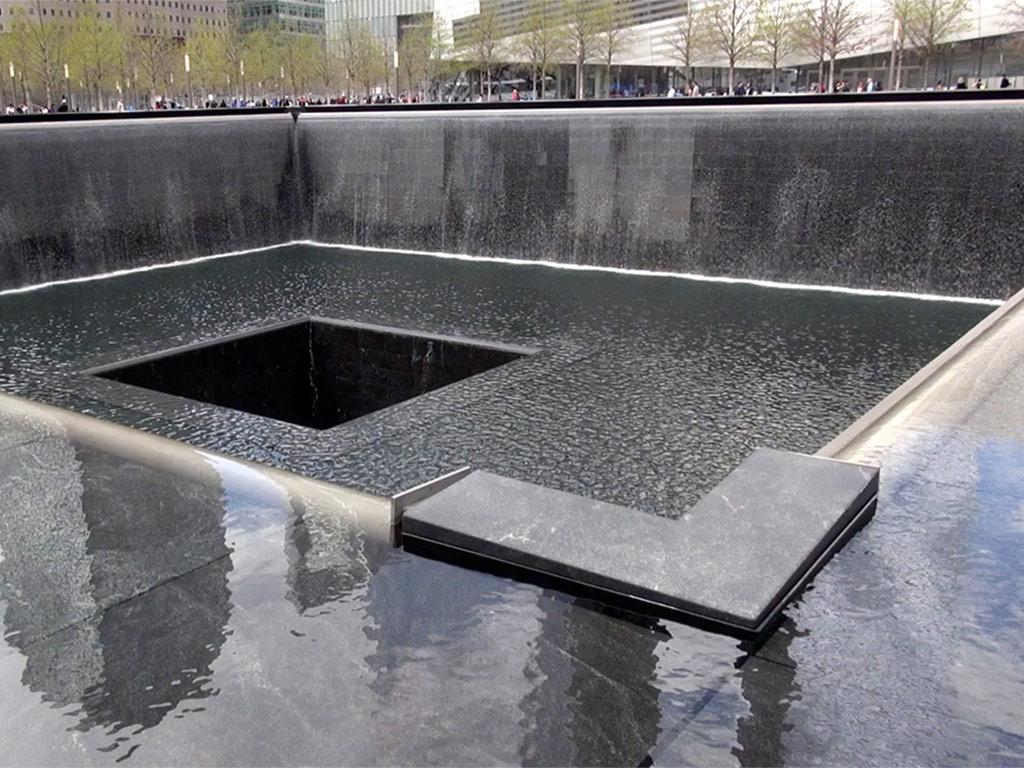 Two large square pools, made of granite, form the heart of this memorial; they are four metres deep and they are exactly where the Twin Towers once stood.
The water runs along the four walls of each pool into a collecting basin, which has a square opening in the centre. The 2752 names of the victims of the terror attack are engraved on bronze plates along the pool borders.
The memorial is located on the Memorial Plaza, a granite-paved area, where hundreds of white oaks have been planted.

Thanks to its grace and elegance and because of the memorial‘s depth, the black granite Virginia Black has been a very good choice for Ground Zero Memorial.

Use of the Virginia Black granite

Virginia Black shows that a gabbro  is a very hard and resistant material, particularly suitable for outer areas.
As Ground Zero Memorial testifies, this granite has good frost resistance and low water absorption (0,2%).

Thanks to its beauty,  this granite is often used for interiors, both in commercial and private buildings.
Large areas can be paved with Virginia Black, due to its dark colour and abrasion resistance. In combination with other light materials, Virginia Black highlights smaller areas. Elegant kitchen or vanity tops can be made of  Virginia Black, as well as fireplaces or table tops.

Generally, we think that the best finishing is a polished surface, since the chromatic and aesthetic properties are particularly emphasized.
This mainly applies to interior decoration, but sometimes a satined surface can be more effective. In outdoor areas, however, different variations of flamed and brushed surfaces are recommended.

All in all, this granite is usable in many ways and brings a piece of American history to your home.