Imagine the bottom of an ocean with an active underwater volcano.

High pressure and low temperatures in these deep waters cause the lava to erupt in bubbles which, on contact with the cold seawater, immediately form a glassy crust on the outside, while the bubbles’ inner core remain warm and plastic.

The technical term for such a formation is ‘pillow lava’, meaning small, rounded lava blocks. They slide down to the sea bottom, where they stack on top of each other, forming huge deposits. Some of those lava blocks may deform before they finally cool.

The wave power ensures that sand and mud deposit in the spaces between the single ‘pillows‘. 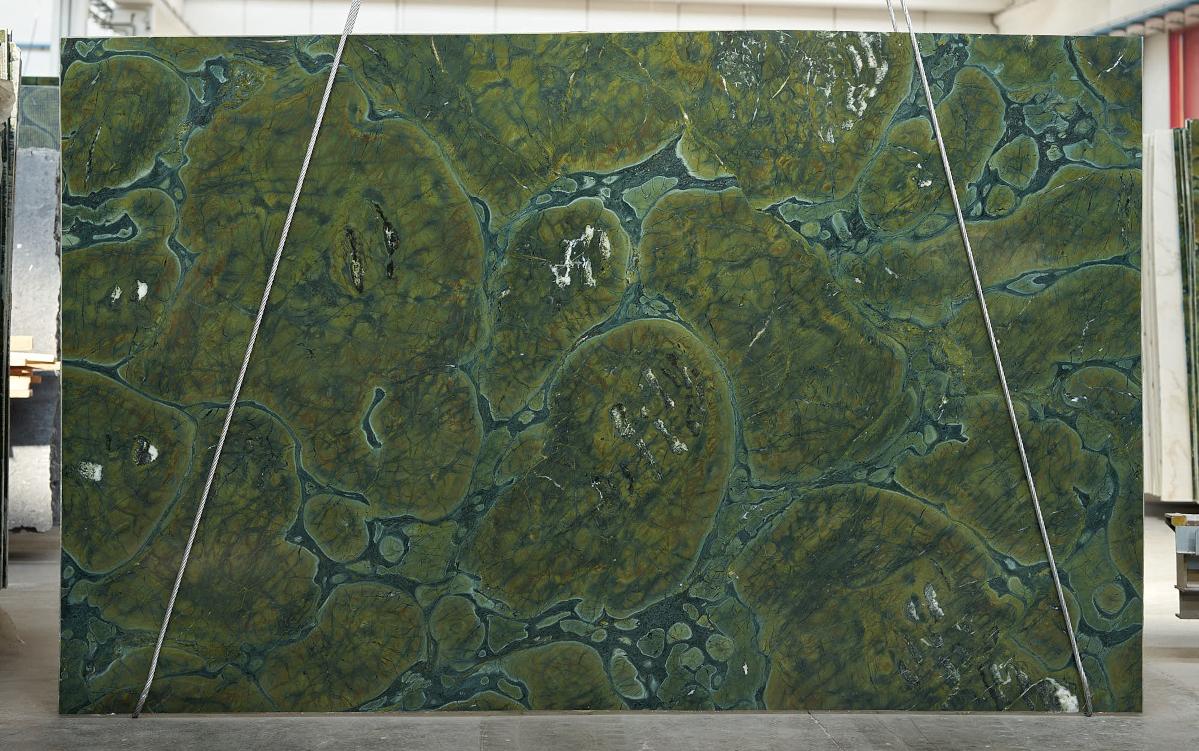 The material we are introducing today is called Vitoria Regia and is a great photograph of the above-described phenomena, with only one difference: there are several million years between the formation of natural quartzite and the finished slab.

Over this long period of time, the rather fragile rock has been exposed to high pressure,  apocalyptic earthquakes, earth movements, continental drifts and, above all, to metamorphosis, before it was transformed into a hard and compact material that can now be cut and processed, albeit being an abrasive and acid-resistant material.

However, it is surprising, that, after all this time and despite the just mentioned processes, the deposits of lava pillows have left their marks on the stone.

Vitoria Regia is a quartzite from Brazil, actually from the federal state Espírito Santo.
This material owns its name to a natural wonder, Vitoria Regia, a giant aquatic plant with large round-shaped leaves that float in the muddy water of the Amazon.

In fact, the large circular shapes on the slab’s surface recall this plant.
Taking a closer look at the slab, one can distinctly notice the glassy contours of the lava pillows, the deformations caused by the weight of so many stacked stones and the matrix of silt and sand which cemented the bubbles into a unit.

The bubbles resemble green-speckled clouds, have different circular shapes, and seem to float, almost as if they were suspended somewhere deeper.
The colour of the lava bubbles reminds us of moss and forests, giving us a sense of peace.
The darker shade of green that we can notice between the single clouds, provides the scene with a certain depth, as if the clouds tended to infinity.

Known as a unique and exotic natural stone, Vitoria Regia has the properties and aesthetics of marble, yet the hardness and porosity of granite.

This natural stone is at its best in large rooms, but is also suited for bathroom and wall cladding, kitchen tops, work tops, tabletops, book-matched flooring, or other design projects.

You could even hang a slab on the wall like a painting and fortunately, you’ll find big-seized slabs in our warehouse.

The quartzite Vitoria Regia works particularly well when polished, although we can also recommend a satined surface.

In one word, this quartzite is another wonderful natural stone from the great and beautiful country Brazil.